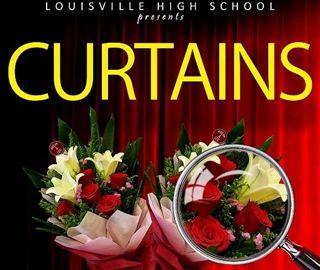 The Louisville cast and guest artists are having a blast putting together the show within the show, which has the leading lady mysteriously murdered during the curtain call of their out of town try outs in Boston. They are subsequently quarantined to the theater, as the local detective, Lieutenant Frank Cioffi, tries to solve the murder while simultaneously “fixing” the show they are trying to take to Broadway. Murder, blackmail, and gigantic musical numbers, naturally, ensue! Even though one of them might be the killer, they are, first and foremost, SHOW PEOPLE!!
Back