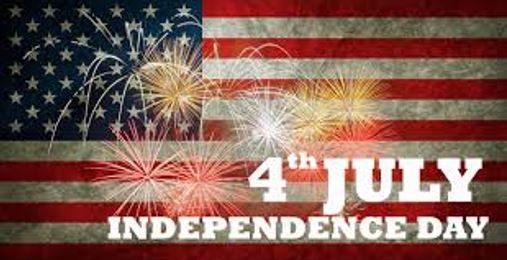 7/4/2020
“We hold these truths to be self-evident, that all men are created equal…”
July 4, 1776, the date remembered for the signing of the Declaration of Independence by representatives of the “thirteen United States of America. On this day, these representatives formally announced the irrevocable separation from the government of Great Britain.
This great historic document holds the vision and hopes held by the founding fathers, “Life, Liberty, and the pursuit of happiness,”… inalienable rights, shared by all people equally.   At the time of this writing, America, despite the revolutionary, compassionate and forward thinking of the Founding Fathers, still held human beings as slaves and fought oppression in a not-entirely-free America. Read more...
So why is this day so important? Why do we celebrate? Because imperfect though our country may have been (and still is), the signing of this document was an act of progress with resounding historical significance.

The Declaration’s most memorable sentence reads, “We hold these truths to be self-evident, THAT ALL MEN ARE CREATED EQUAL; that they are endowed by their Creator with certain inalienable rights; that among these are life, liberty, and the pursuit of happiness.” Then, as now, this inspirational statement expresses a profound commitment to human equality.

Today, more than ever, we need love, wisdom and compassion. As a country, we need to dedicate ourselves to achieving a more perfect union. On this Fourth of July, let us celebrate the birthday of the United States and an inspiring start toward working for equality for all.
Back