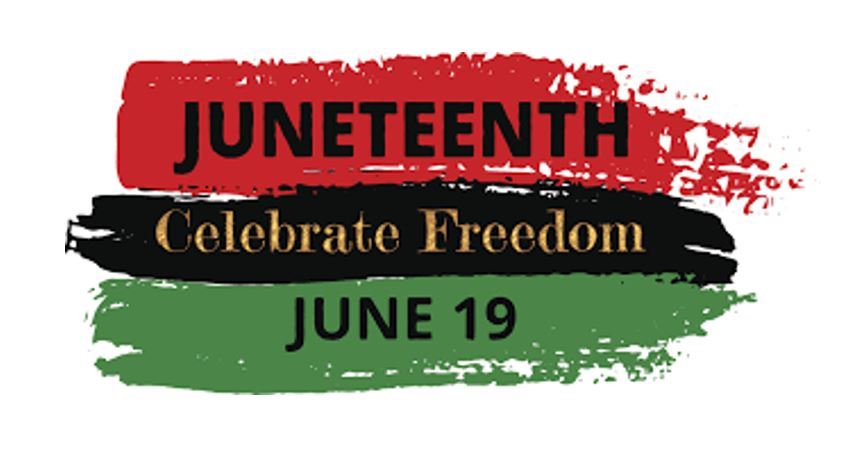 6/19/2020
Dee Zamora
JUNETEENTH
June 19, 1865-June 19, 2020
“True peace is not merely the absence of tension:  it is the presence of justice.”
June 19, 1865, marked the day when enslaved African-Americans in Galveston, Texas, were told they were finally free. Since the late 1800’s, Juneteenth has long been celebrated by African-Americans throughout the United States. However, in recent years, particularly on the heels of nationwide protests over police brutality and the deaths of George Floyd, Breonna Taylor, Ahmaud Arbery and many other African-Americans, we look to this day with a keener, more sensitive eye, as well as a renewed interest in the day that celebrates freedom.

To fully understand the importance of Juneteenth, one must look to the final days of the Civil War. On April 9, 1865, General Robert E. Lee surrendered at Appomattox Va., marking the end to the war. Approximately two months later, Union General Gordon Granger arrived in Galveston, Texas, on June 19, 1865, to inform enslaved African-Americans of their freedom and that the Civil War was over. General Granger’s announcement officially put the Emancipation Proclamation into effect; a proclamation that had been issued more than two and a half years earlier on January 1, 1863, by President Abraham Lincoln.

The holiday received its name by combining June and 19. The day is also sometimes referred to as “Juneteenth Independence Day”, “Freedom Day”, or “Emancipation Day”. Throughout the years, Juneteenth has been celebrated through prayer and the gathering of families in remembrance of this solemn occasion. In some celebrations, descendants of the men and women who were enslaved, make an annual pilgrimage back to Galveston.

Throughout the years, many states have designated Juneteenth as a holiday, though the recognition has been largely symbolic. Given the tragic violence and killing of so many African-Americans, companies throughout the United States, including Twitter, Vox Media, Nike and the N.F.L., have now designated Juneteenth as a company holiday, dedicated to celebration, education and connection.

As we mark the 155th anniversary of Juneteenth Day, we ask the Louisville community to be the source of light and love for those who suffer in our world.   In the words of Martin Luther King, “Peace cannot be kept by force; it can only be achieved by understanding.” “Darkness cannot drive out darkness; only light can do that. Hate cannot drive out hate; only love can do that.”

Louisville is committed to honoring those who have suffered through brutal violence and death, and as we move forward, we will proudly work toward a world that is once again healed, unified and transformed.

O divine Master, grant that I may not so much seek
to be consoled as to console,
to be understood as to understand,
to be loved as to love.
For it is in giving that we receive,
it is in pardoning that we are pardoned,
and it is in dying that we are born to eternal life.
Amen.
Back